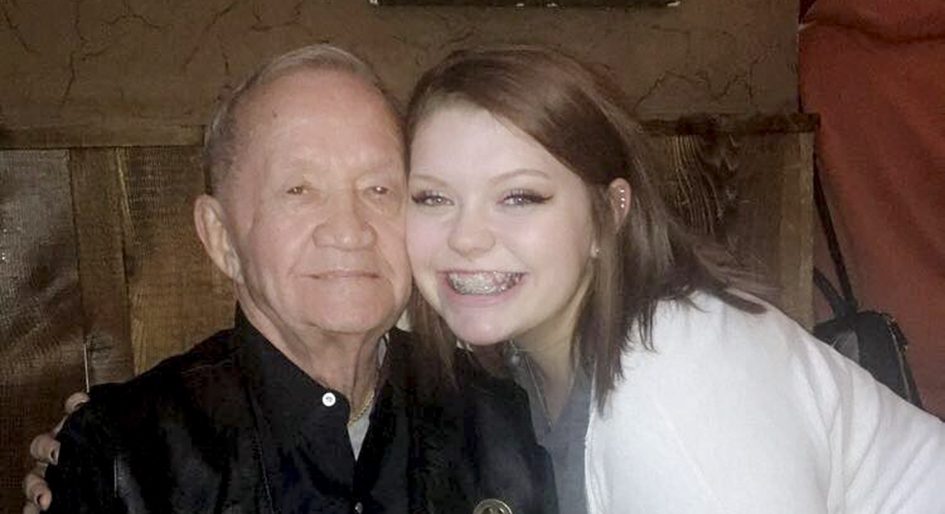 Grandparents are those special people who let us get away with a little bit more than our parents do, who keep our favorite treats on hand just in case we visit, and who can typically be found bragging about their grandkids’ recently accomplished. It is never easy to see a grandparent going through a tough time or ill, so imagine seeing not just one, but five of your grandparents all go through the same battle – the battle against cancer.

Casidee Clary, a junior at Howard High School, has had this exact experience in the matter of just a few years – seeing two grandparents, three great-grandparents and her great-aunt all fight cancer.

Three years ago, Casidee had three great-grandparents battle various forms of cancer. One of those three was Casidee’s great-grandfather, whom she had a special bond with that she still cherishes today. “I had just moved to Sioux Falls from Howard,” said Casidee. “He took care of me all summer… we would go to the park, he always had treats for me. He was my role model growing up.” Suddenly Casidee’s beloved great-grandfather became quite ill and they couldn’t figure out why – that’s when he was diagnosed with cancer. “I remember my dad telling me that his body was full of cancer and he didn’t have very long. It didn’t hit me until I saw him in hospice and he was like a different person.”

Within a week of his diagnosis, Casidee lost her beloved role model.  Only a sixth grader at the time, Casidee wasn’t very familiar with cancer or how it could affect someone. “I knew it was a sickness, but I didn’t know that it could take someone away so fast. When I visited him in hospice, his body was there, but his looks and personality had changed in this short amount of time.”

Still reeling from her great-grandfather’s loss, the ugly “c-word” struck again when Casidee was a freshman and three of the closest people to her were diagnosed with cancer in a one year time period. “My great-aunt was diagnosed with lung cancer and has battled multiple types of cancer since, but continues to fight through them. My papa had prostate cancer and is now 85 and going strong. My grandma had lung cancer, but had surgery and they removed half of her lung. She has been cancer-free since then.”

At the young age of seventeen, Casidee has experienced more heartache from the effects of cancer than some do in a lifetime; however, she continues to remain hopeful and positive. “The word cancer is over spoken because there’s so much of it, but I think it’s important to keep getting the word out and show people it’s okay to talk about. There are people fighting cancer that don’t want people to feel sorry for them, but we need to send them a message to say ‘we care about you’. “

As the Howard High School students join together to raise money and awareness through “Tigers Step Up 2 Cancer”, Casidee is just one of the many students who has experienced the wrath of cancer first hand and understands the importance of coming together as a community to support those fighting this disease. As Casidee cherishes the family members who overcame their battles with cancer and fondly remembers the one who didn’t, she has chosen to step up and help lead the students’ efforts this October. “This is our opportunity to help our community and show those fighting cancer that not only adults care, but the students care, too,” said Casidee. “I want everyone to keep hope!”

Donate to our Cancer Fund Today!
﻿